We all know we should be moving more and that we feel better afterward.

You might have thought it’s the endorphins from the physical exercise and outlet of the stress but there’s something more that happens in a Pilates class.

Well, it’s partly the relaxation effect – coming into a quiet space, taking yourself away from the business and stress of the day today, slowing down the race and giving yourself (and your nervous system a chance to calm down.

Another part is that you’re encouraged to pay attention to yourself, your breath, your body – which nourishes our bodies and minds.

But the effect seems larger than that, and it can last for several days.

I believe the explanation for this comes from a physical sensation of movement input into our nervous system.

We live in conditions of high stress, minimal movement, and (in some ways) extraordinary physical comfort. Soft comfy beds, fabrics and padded seats are normal to us.

Our nervous system is not designed to deal with this little input.

So a few bad things can happen:
For one, our brains produce phantom pains.

It’s like the perception of noise or ringing in the ears (tinnitus) in the absence of sound perception in a certain range. The brain gets alarmed and makes up noise in that range.

We can get those weird, variable, hard-to-place pains in our body because apparently: any signal is better than none! 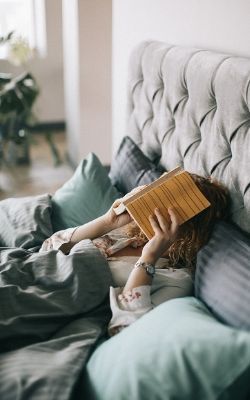 It’s those pains seem to keep moving around… the ones massage therapists often end up fruitlessly chasing. The pain is real enough, just as the ringing in the ears is real enough, but you're wasting your time looking for the bells.

The other thing that happens is that sensory perception and motor responses get blurred and muddy. There may not be enough day-to-day feedback to maintain clear and distinct brain maps of the body.

There's a famous experiment in which a brain researcher taped two fingers of a monkey together for several weeks. By the end of that time, the two separate brain maps for the two fingers -- brain maps are actual physical regions of the brain used for analyzing sensation and directing movement -- had merged. The two fingers always did the same thing and felt the same way, so the brain, being thrifty, discarded the extra map. At that point, the monkey could no longer move the fingers separately, even when they were un-taped: it would have to remake the separate maps before it would be able to feel and move the fingers separately again.

I think, I believe, that something like that is going on in our excessively padded, sedentary and repetitive but very limited movement lives.

The range of movement, sensation and motor-feedback that most of us experience are extremely limited, especially compared to our ancestors on the savannah. This level of comfort was not in our design specs. A bare wooden chair or bench has become a rarity (not to mention sitting on the floor), and sinking into an easy chair or a couch to watch TV strikes us as ordinary relaxation and not as excessive indulgence… 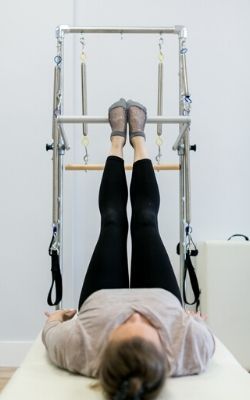 So, it does us good to get some of the body’s sensory feedback that the Pilates system gives us.

Movements our body and brain don’t get to experience regularly and so these indistinct sensory responses get clearer and hence the feeling that our bodies feel and work better. Add to that the focus, contol and breath which are an integral part of Pilates and you get that difficult-to-describe feeling of well-being.

When the cold weather sets on us we’re getting into an even more wrapped-up, padded version of our lives with even less movement.

This makes us more vulnerable to the effects of deprived sensory-motor input. Couple that with the affects of the cold on our body (stiffness, tight muscles, narrowing of blood vessles / poor circulation, lack of daylight etc.) and we can end up quite miserable -physically in our body and in ourselves as human beings.

When we’re miserable and people around us are miserable it’s just not such a great life … – So, let's move this winter and make this cold world a bit nicer and a happier place to be a part of.